China Import and Export Commodities Fair, also known as the Canton Fair, was founded in the spring of 1957, held in Guangzhou twice a year in spring and autumn, Jiangsu Province JIANGSU VICTURF CO.,LTD has participated in every spring since its establishment 10 years ago. Jointly sponsored by the Ministry of Commerce and the Guangdong Provincial people's Government, the China Foreign Trade Center undertakes the project. It is a comprehensive international trade event with the longest history, the largest scale, the largest variety of commodities, the largest number of buyers, the most widely distributed countries and regions, the best deal effect and the best reputation in China. Almost every year there is the figure of JIANGSU VICTURF CO.,LTD.

As of the 120th session, the total export volume of Guangzhou Fair is about one tillion two hundred and thirty-three billion five hundred million US dollars, and the total number of overseas buyers is about 7.83 million. JIANGSU VICTURF CO.,LTD is also followed by the spring wind of the Canton Fair, on 2016 to achieve 2016 sales revenue of 180 million yuan. At present, the scale of each Canton Fair is 1.18 million square meters, and more than 200,000 overseas buyers from more than 24,000 countries and regions are participating in the fair.

On October 2016, on the occasion of the opening of the 120th Canton Fair, Xi Jinping, general secretary of the CPC Central Committee, state president and chairman of the Central military Commission, sent a congratulatory letter. Li Keqiang, member of the standing Committee of the political Bureau of the CPC Central Committee and premier of the State Council, congratulated him on his instructions. General Secretary Xi Jinping's congratulatory letter and Premier Li Keqiang's instructions fully affirmed the important position and positive contributions of the Canton Fair in China's reform, opening up, and economic and social development, and pointed out the focus and direction of the work of the Canton Fair in the new period. It is of great significance for the Canton Fair to further open to the outside world, cultivate new advantages in foreign trade competition, accelerate the construction of a powerful trade country, and promote the reform and innovation of the Canton Fair.

At present, in accordance with the directions indicated by General Secretary Xi Jinping's congratulatory letter and Premier Li Keqiang's instructions, the Canton Fair is guided by the concepts of innovation, coordination, green, openness, and shared development, and is actively innovating the system, mechanism, and business model. We will continue to upgrade the level of internationalization, specialization, marketization and information, and build a "smart Canton Fair" and a "Green Canton Fair". We will actively promote the transformation from a single functional platform for export trade to a comprehensive functional platform for meeting customers, exhibition negotiations, industry exchanges, information release, product promotion, and so on, so as to better play the role of a comprehensive platform for opening up to the outside world. Use two markets and two kinds of resources at a higher level.

JIANGSU VICTURF Co., Ltd. is a professional artificial grass enterprise which integrates R & D, production and sales. The company is located in the beautiful Jiangsu Suqian.

We always adhere to the quality first, customer first principle to serve the majority of customers, constantly to meet and exceed the expectations of customers, with the times, pioneering innovation. In order to flourish the artificial grass cause, would like to cooperate with friends from all walks of life, create a better tomorrow! 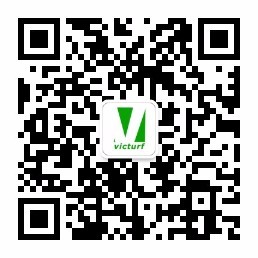